Deputy Secretaries to the Treasury 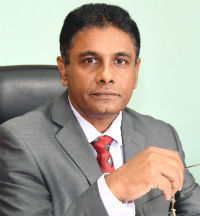 Mr. R.M.P Rathnayake assumed duties as Deputy Secretary to the Treasury on 08th January 2020 is a Special Grade officer in the Sri Lanka Planning Service and has been in the public service for almost 25 years in various positions. Mr.Ratnayake joined the public service as an Assistant Director belonging to the Planning Service in 1994. He was attached to the Department of National Planning, which is the apex government institution responsible for development planning and preparation of National Development Plans.

In January 2011, he was appointed as the Director in-charge of Asian Development Bank (ADB) Division of the External Resources Department (ERD) which is responsible for mobilizing foreign financing for economic development of the country. Subsequently he has been promoted as the Additional Director General and then as the Director General of the ERD, he was responsible for coordinating with development partners, lending agencies and capital market to mobilize foreign financing for development projects, engage with bilateral negotiations and facilitate timely disbursement of foreign financing. He has gained vast experience in multilateral development banking as an Alternate Executive Director to the newly established Asian Infrastructure Investment Bank located in Beijing, China representing Sri Lankan government. Also served as an Additional Secretary in the Ministry of National Policies & Economic Affairs from February to May 2015 and appointed as DG/ERD again in May 2015. Mr. W.A. Sarath Kumara, a senior executive officer in the public service who has over 36 years of experience in Sri Lanka Accountants’ Service, assumed his duties as the Deputy Secretary to the Treasury on 01st August 2022.

Mr. Sarath Kumara holds a BSc.in Management and valuation degree from the University of Sri Jayawardenapura and a Post-graduate degree (Masters) in Public Management from Sri Lanka Institute of Development Administration (SLIDA). He is also the first in the seniority list for the last five years in the Sri Lanka Accountants’ Service and currently holds a special grade in the service.

He joined the Sri Lanka Accountants’ Service in 1986 and worked in various positions during his service over three decades. He worked as Accountant and Deputy Registrar of Companies (Finance) at Department of Registrar of companies and later became Director, Internal Audit Investigation and Budgetary Control at Ministry of External Affairs in 2005 handling management, administration and monitoring aspects of Sri Lankan Embassies. He was then positioned at the Embassy of Riyadh-Saudi Arabia as Minister, Deputy Ambassador and Charge d’ Affaires from 2008 to 2012.

Prior to being released for the post of Deputy Secretary to the Treasury, he worked at the Prime Minsters Office in the capacity of Chief Financial Officer over 7 years.

Being in the Accountancy Service for over three decades, Mr. Sarath Kumara has gained outstanding experience in public finance management, public administration and accounting, annual budgeting, management of cash flow statements as well as compilation of   annual financial statements in keeping with generally accepted accounting principles having held executive positions in the field of public financial management.

During his career, he has performed duties as a Financial Specialist for numerous foreign funded projects, was also a member of many Cabinet Appointed Procurements Committees (CAPC) at various Ministries, and served in many Governing Bodies in various capacities. 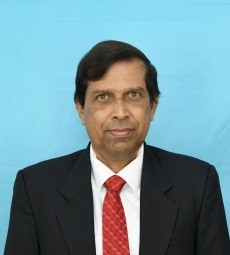 Mr Seneviratne has also served as a Board Director in many state owned enterprises.